How to be a Domestic Goddess

Now, I didn’t really plan on reviewing another Nigella book so soon after my review of Nigella Express. But, knee-deep in recipe testing for upcoming reviews and desperate to get something up on the blog this week, I’m turning to an old favourite.

I’ve been cooking from my sister’s copy of How to be a Domestic Goddess for years, but since it’s currently across the Atlantic at my parents’ house, I invested in my own copy last year. While I consider myself to be more of a cook than a baker, with leanings toward savory rather than sweet, there are times when only baking will do. When I’m stressed or simply bored, and no regular meal is approaching, I’ll often convince myself that there are cookies/cakes/brownies that need baking, just to have something to focus my mind on. (Hint: the trick is never to buy treats, that way you’ll always have the “Well, there isn’t anything sweet in the house!” excuse at hand.) At those times, I usually turn to this book. While there are many other food writers and cookbooks with wonderful baking recipes, they’re often buried between more practical dishes, and there is something to be said for opening a book and knowing that, within ten seconds, you’re likely to come across just the thing that you’re craving.

How to be a Domestic Goddess is a paean to what in 2003 Nigella considered the lost art of baking. Divided into nine chapters on cakes, biscuits, pies, puddings, chocolate, children, christmas, bread and yeast, and the Domestic Goddess’s Larder, the book is comprehensive, if not exhaustive. Intended as a celebration of baking rather than a manual, it nonetheless has a recipe for almost any baked good you might think of. With the addition of some useful conversion charts in the front, it’s as close to a baking bible as my kitchen is likely to see.

The recipes themselves are fairly simple, and rarely contain difficult-to-find ingredients or fiddly instructions. They range from basic (Madeira Cake, pg. 5) to impressive (Molten Chocolate Babycakes, pg. 179). It’s not all sweet stuff- the pie chapter is split 50/50 between dinner and dessert (Supper Onion Pie, pg. 85, is delicious), and bread chapter contains recipes for several “practical” loaves. Something that strikes me about the recipes compiled here is the breadth of ethnic influences at work. As expected in a British baking book, there is Victoria Sponge (pg. 14) and Mince Pies (pg. 259), but nestled between them are recipes for Egyptian Om Ali (pg. 140), Norwegian Mountain Loaf (pg. 302), Turkish Lahmacun (pg. 312) and German Plum Tart (pg. 316). It’s a bit of a whirlwind trip around the world of baking, with Nigella as your anecdote-filled tour guide.

Recipes aside, How to be a Domestic Goddess is beautiful to look at, with the stylish layouts and stunning photography we’ve come to expect from a Nigella Lawson book. Each chapter begins with a two-page spread, a photo printed on matt gold paper that somehow reinforces the book’s message- that baking is something special, to be treasured. The recipes are simply laid out, and clearly state ingredients and equipment needed. (A sticking point for many, and with good reason- who wants to get halfway through a recipe only to find you have to wrong sized pan?) Those who prefer recipes written in numbered steps won’t like Nigella’s paragraphic, colloquial style, but it’s a minor issue. Overall, there isn’t much to dislike here.

But some people do dislike poor Nigella. The problem most naysayers seem to have with her is, well, that her recipes don’t always work. Specifically, some claim that her recipes are prone to underwhelming results, even proclaiming some impossible to make. A government study even found that her “chatty writing style” made the recipes too difficult to understand.

To most of this I say rubbish; I’ve rarely encountered problems with recipes from this book. Granted, the “smooth and springy” dough of Norwegian Cinnamon Buns (pg. 322) was more like a gooey paste escaping across my countertop, but adding a bit more flour fixed the problem, and the resulting breakfast was delicious. And while I had lukewarm feelings toward the Night-and-Day Cupcakes (too dry, with too runny an icing, pg. 201), the Christmas-Morning Muffins (pg. 277) are lovely. In fact, this book inspired me to make several items that I’d previously thought were best left to professionals, including Bagels (pg. 304) and Danish Pastries (pg. 327), both with surprisingly good results.

Overall, I think How to be a Domestic Goddess is a wonderful baking resource to have around, and certainly essential for anyone who enjoys procrastination or distraction of the culinary kind. 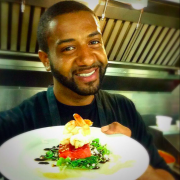 How to Cook Everything Vegetarian: Simple Meatless Recipes for Great Food

How To Select The Bight Whetstone: A Review Of Popular Whetstones

A complete meat smoking guide in an electric smoker

Can You Freeze Ricotta Cheese? Everything You Must to Know

How Long Does Smoked Salmon Last?

Reviews on the Best Calphalon Knives Available in the Market

Can You Freeze Ricotta Cheese? Everything You Must to Know

How Long Does Smoked Salmon Last?

How to Reheat Tamales